Soon after hitting the music scene with admirable singles like; “Music Saved Me” and “Crashed,” 17dreams finally released his long-awaited album “Mr Nice Guy" on 25th June. The versatile artist had thrown his fans in a frenzy, with many of them wondering when the day would come. Here it is!

17dreams' style of music is an exploitation of new genres and styles not seen commonly in the UK music industry, and today, we introduce his debut album to the rest of the world;

As you navigate your way through the 15-track album, you can tell that this is by far the best introduction any artist would want to come with into the music business. 17dreams put out his best on all the 15 songs regarding production, lyrical execution, and message. The album features songs like; Nice Guy, Scars, April Fools, Better as friends, and Music saved me, together with so many other excellent tracks. He also featured a couple of his very close friends in the music business on this one. All the songs on this album will not disappoint you if you are a music lover in general. The album has various styles, with hip hop taking the center for most of the tracks.

Indeed, the tracks on the album are very profound and well organized. My favorite song, "Music Save Me," from this album has a comprehensive blend of musical instruments that were balanced nicely to give the artist another kind of sound. The production done in this song will show you how talented 17dreams is when it comes to music delivery. One may not notice that this is his first album because his level of maturity in music displayed on the album deserves a lot of credit.

For those who are not yet familiar with 17dreams, this is now the time to listen to his first classic album. The tracks deliver a message to those nice guys searching for love. Still, they can't find someone to stay, the old guns with scars from different relationships, those that have always been fooled, and even the unlucky lads that are kept better off as friends. All the songs are connected by production and message in the song, and each track will make you want to listen to the next one that follows.

Born in Peterborough, United Kingdom on 18th March 2001, 17dreams grew up outside London with just his family. Ever since he was a kid, he always envisioned being an artist and started singing at just two years. He began making his music at the age of 19 and developed his influence from artists like Juice WRLD and Trippie Redd.

17dreams was first recognized in the music scene when his single “Fly You Away” hit over six thousand streams in the first month it was released. Since then, he has worked on many more tracks with artists like 8liss, Lil Xavy, and JTVION. We can anticipate a very bright future for 17dreams, and with his debut album “Mr Nice Guy," his journey has begun. 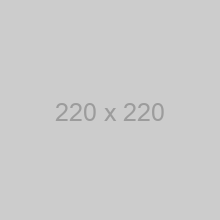